www.haynessettlement.com – File Your Claim in the Matter of $11.5 Million Chase Bank Lawsuit

Except some limited exceptions, the settlement class otherwise include all individuals. For being sure whether or not you are eligible to file a claim, please check the link haynessettlement.com/FAQ.

Who is a Class Member?

“Class Members include “all individuals (i) who maintained a Credit Card Account with CBUSA; (ii) whose account CBUSA charged off and then sold to a Debt Buyer on or after January 1, 2008, and (iii) who post-sale sought and obtained a discharge of the debt as a result of his/her bankruptcy under Chapter 7 of the Bankruptcy Code, through and including the date of the Bankruptcy Court’s preliminary approval of the Settlement.”

In order to file a claim you just need to visit www.haynessettlement.com/Claim-Form and provide the required information sought. ALL CLAIM FORMS ARE DUE BY 18th July 2018.

All class members who file valid claims will be represented by the law firms of BOIES SCHILLER FLEXNER LLP and CHARLES JUNTIKKA & ASSOCIATES. CBUSA has hired WILMER CUTLER PICKERING HALE AND DORR LLP. 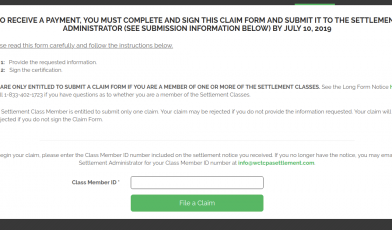 www.secure.wctcpasettlement.com – How To File A Claim Of WC TCPA Class Action Settlement
Admin 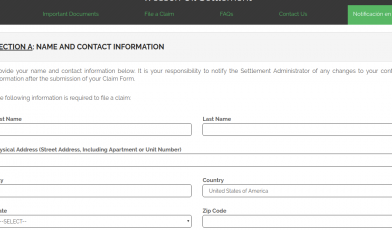 www.wessonoilsettlement.com – How To Claim A File In Wesson Oil Settlement
Admin

www.justsavefoods.com/survey – Win a $500 gift card by participating in the Just Save Customer Satisfaction Survey

Any cookies that may not be particularly necessary for the website to function and is used specifically to collect user personal data via analytics, ads, other embedded contents are termed as non-necessary cookies. It is mandatory to procure user consent prior to running these cookies on your website.